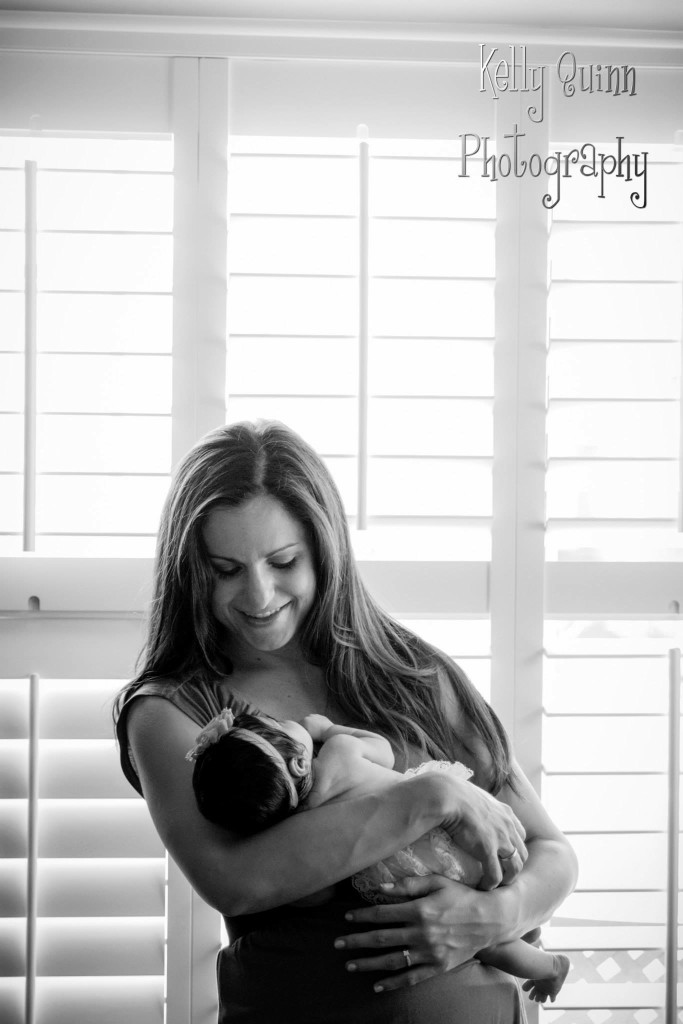 Nothing can diminish the love I feel for my son, even my traumatic birth experience. It was a horrific birth experience that ended in an unplanned Cesarean Section. I know that some women need to take time to heal both physically and emotionally but I knew immediately, and was determined that I would do things differently the next time I gave birth. 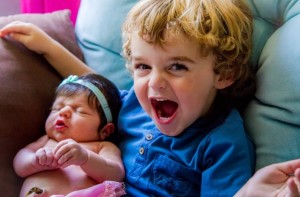 The moment my son was born 2 years ago, I promised myself that I would do everything in my power to have positive birth experience with my next child. When I found out I was pregnant again, I spent months researching anything and everything that would give me a chance to have a successful VBAC. A positive birth experience was my goal. Someone suggested I try prenatal yoga. I am so glad I did! I began to practice prenatal yoga with Liza two times a week during my pregnancy. I soaked up every bit of information she passed along in her prenatal yoga classes. With my actions, I created my clear unwavering intention for my daughter’s birth. I was not only prepared physically through the prenatal yoga classes, but mentally as well to “give it my best shot”. I exercised my mind and body daily to prepare for the big day.

Obstacles In My Way

Even though I was committed to doing my best, life kept throwing obstacles in my way! First, my midwife told me that if I was a week overdue they would induce me. I knew that just being a week past your due date isn’t a good reason for induction, but I also knew they could pressure me. I was terrified of the risks of labor induction and I knew the baby would come when she was ready and I wanted to go into labor on my body’s own power. To make matters worse they gave me three different due dates ranging from June 10th-June 22nd.

I Don’t Want To See You Again Until I’m In Labor!

I was convinced I was going to go into labor early but every day came and went and nothing (besides one false alarm that didn’t end up lasting). On June 22nd I went in for my 40 week checkup and was determined not to see my doctor again until I was in labor. So I went to my friend’s acupuncture clinic and I told him to work his magic. It was amazing. That night I went into labor! It was like nothing I had ever experienced before. With my son, I was in labor for 3 days with bearable contractions. This time the contractions were very painful because they were all in my back and coming really close together.

Another Obstacle! Are You Kidding Me?

I called the hospital to let them know I was in labor. They told me that their NICU (neonatal intensive care unit) was full so they were on “divert”. They told me I would have to deliver somewhere else! I was in tears. I did not plan for this. My entire birth plan was about to be ruined. They asked where I wanted to deliver and I didn’t even know what to say. I hadn’t researched other hospitals! I picked this one because they were “baby friendly”. I couldn’t fathom going somewhere that I wasn’t familiar with. I was on hold (and in a lot of pain) while they tried to find another hospital. Apparently every other labor and delivery in San Diego was full so they had me come in.

Stuck By The Bed

When we got there I was 4 centimeters dilated. I wanted to wait as long as possible to get the epidural so I asked if I could walk around. Unfortunately because I was “high-risk” because of a previous Cesarean they told me I needed to be monitored and couldn’t leave the bedside. The contractions were miserable, and not being able to walk around really made them worse. I practiced my breathing techniques and used essential oils to work through the pain. Finally at 6 cm I couldn’t take it anymore and requested the epidural.

The entire night I watched that monitor as if I had any control over the heartbeat. I continued essential oils so I would be less likely to develop a fever (which is why I ended up having to have an emergency cesarean section with my son). I was lucky enough to have my doctor on duty. She had been pro VBAC from the very first meeting. She knew how important it was for me to do this. I was so lucky my body was prepared. I had worked hard during my whole pregnancy to prepare for this and I was ready!

It Was Really Happening! 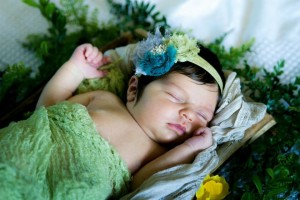 I labored all night and progressed on my own with no type of augmentation-no pitocin. Finally it was time to push. My doctor got called out for an emergency Cesarean section and the nurse gave me the impression she thought I wasn’t able to push her out. I was so determined and told her I would push for as many hours as needed. My doctor finally came back in and I had a sense of relief as if I just knew it was all going to work itself out. After 2 1/2 hours of pushing the doctor said she’s coming. I was in tears because it was really happening. Isabella Sue Holman was born on June 23rd at 12:43pm weighing 7 lbs 13.5oz and 21 inches long by success VBAC. It was the most amazing thing I have ever experienced in my life. I’ve never felt better, the recovery has been amazing and I truly attribute that to what I learned through prenatal yoga classes.