Why and How to Limit Screen Time for Kids

Those calm, quiet, and peaceful moments are hard to come by when you’ve got little ones, and even not-so-little ones. Sometimes we just need time to think.  Or time to shop without constant interruption and pestering little voices asking you to buy that sugary cereal. Letting our kids have screen time can just make our hectic lives a bit easier. But it’s probably making life easier in the short term and harder in the long term – for everyone. Limiting screen time for kids takes a lot of resolve.

I Just Want to Get Something Done!

It’s just easier to hand over your phone or your tablet and let the kids watch a video, play a game, or just be easily distracted, just so you can GET SOMETHING DONE FOR ONCE without interruption. In the short term, it feels like an easy solution. But in the long term what are we doing? What are the consequences of using screen time to entertain our kids? If I know what the risks are, will I take a different approach? Will limiting screen time be better for all of us?

The Downside of Screen Time 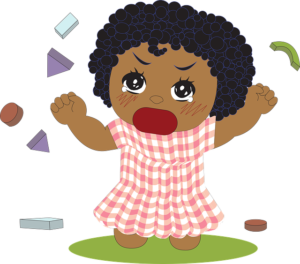 USE IT AS A TOOL NOT A TOY

Don’t let screen time become the only way to soothe, or pacify, or keep your kids occupied. Although screen time is entertaining, kids need to learn to entertain themselves, use their imaginations, calm themselves, self-soothe, and turn to a myriad of other options. They will never learn to emotionally self-regulate if they only turn to screen time. Technology is better used as a tool and not a toy. Limiting screen time for kids may take some time for everyone to get used to.

IS A REWARD ALWAYS NECESSARY?

Don’t use screen time as a bribe to get your kids to do tasks, or behave better. You’ll soon have a bratty kid on your hands who will only do things if there is a reward involved. Kids need to learn to do the mundane tasks involved in family life, without any kind of incentive. Cleaning your room, clearing the table after meals, and being nicer to your brother/sister are just part of life and a reward isn’t always involved or warranted.

Some researchers have found that using these devices can stimulate the release of dopamine, a brain chemical involved in cravings and desire and using devices can become addictive. Even the former Vice President of Facebook User Growth, Chamath Palihapitiya, admitted, “The short-term, dopamine-driven feedback loops that we have created are destroying how society works,” The technology developers have created a scenario in which limiting screen time can become a battle not only with our kids, but within ourselves.

IT CAN NEGATIVELY AFFECT DEVELOPMENT AND MENTAL HEALTH

An article in Time Magazine, January 2019, states that “researchers report in JAMA Pediatrics that more screen time is linked to poorer progress on key developmental measures such as communication skills, problem solving and social interactions among young kids over time.”

“Researchers at San Diego State University suggest that more than one hour per day of screen time for children ages two to seventeen is associated with lower psychological well-being.” Limiting screen time for kids is creating less anxiety and depression in children and teens.

A recent study at the University of the Sunshine Coast in Australia found that people are growing horns (external occipital protuberances) on the back of the head from the constant tilt of the head while using cell phones. Well, they aren’t actually growing horns but they are growing bone spurs. Researchers in Australia found young adults 18-30 years old had developed bone spurs on the back of their heads. These bone spurs are growing on the occipital bone – the base of the skull. Over time – years – looking down at a small screen, device, tablet is causing hornlike protuberances found in young adults who have been looking at screens over the years. This forward leaning posture also causes what is known as “Tech Neck” or “Text Neck”.

Your neck muscles get weakened over time and your body responds by growing bone spurs. “Health researchers from the University of the Sunshine Coast say the over-use of smartphones and hand-held technologies has led to an increase in young people developing a “horn-like” bone growth at the back of the skull.” 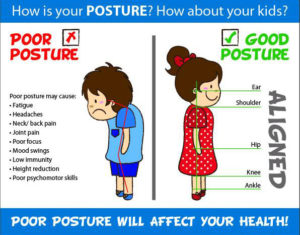 The Symptoms of Tech Neck are:

Children crave structure.  It gives them a feeling of security:

What to Do Instead of Screen Time

Make it a habit to require your kids to get busy doing anything else.

Structure and a regular routine make kids feel safe and secure. Having a home life that is predictable gives kids a feeling of physical and emotional safety.  You’ll have to find what works for you and your family and, in the long term, you’ll be glad you did.