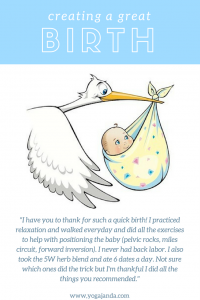 It was a Thursday afternoon July 27th, 2017. I was just settling down into the 2nd phase of the Miles Circuit. All of a sudden my water broke at 3:05pm. I guess I’m now part of the 10% of women whose bag of waters breaks before labor begins! I was 38 weeks on Friday and didn’t think I would ever go into labor this early. I attempted to call my husband Sam, but no answer. He was working down in San Diego on a shoot. I texted my fill in doula, since my actual doula was still in Uganda. I also texted my mom who was supposed to be at the birth, but was currently in Washington on a bike trip. Of course, none of us thought I would actually deliver that far before my due date. I tried Sam again, no answer. I thought I should at least text him so he knew what was going on if he was unable to answer the phone. No response. After speaking with my mom and texting my doula I thought back to my birth class and decided to try and take a nap.

I was able to rest for about an hour, not sure if I fell asleep or not. I woke up and decided to eat. I ended up getting a call back from Sam at 5:30pm. He answered the phone “hey… how are you?” I remember thinking, he clearly did not read the text. I told him “my water broke” and he said “are you serious?” I read him some things from our notes from our Bradley birth class to help naturally induce labor and what to do when your water breaks and labor hasn’t started. I decided to go for a walk because Sam had an hour and 15 minute drive from San Diego and was going to stop and get pineapple and red raspberry leaf tea.

Several Hours and No Contractions – Time For Sleep

I got home and started to put some things together. I finished laundry and packing our hospital bag which was officially finally ready. Luckily I got the car seat and we could figure out how to install it later. I was also getting a little uneasy since contractions hadn’t started yet and it had been several hours since my water broke. I remember Dr Cobb would let you labor for 18 hours before trying to induce but since I was GBS positive I was pretty sure it was only 12. Kaydee, my fill in doula who was also a midwife, wanted to chat on the phone to get to know each other since she would be taking me over as her client. She recommended getting in touch with Dr Cobb and possibly doing caster oil to help naturally induce labor. I put a call into Dr Cobb and tried nipple stimulation to get labor going. Dr Cobb called back soon after at 8pm and wanted me at the hospital at 1am. He was ok with me trying caster oil but recommended I also get some sleep because I was in for a long labor. After talking with Kaydee we decided I should sleep and do caster oil once we got to the hospital.

Shortly after 10pm contractions started consistently. We timed them for an hour and they were 4 min apart for a minute long. We decided to just go directly to the hospital and not worry about castor oil. We got to the hospital at 1am and were checked in. I got a dose of antibiotics by 2:30am and Sam and I decided to try and sleep. They used a bluetooth monitor so I didn’t have to get woken up for intermittent monitoring. I was able to doze off in between contractions but they started to get more intense. I started to get really nauseous and got Sam’s attention. I ended up rolling over and throwing up after an intense contraction. The nurse came in to help me and suggested nausea meds. She also recommended to use peppermint oil which I decided to use instead to help curb my nausea. Dr Cobb rounded to check in around 6am and encouraged me to get up and walk around to stimulate labor once I felt a little better. He said labor hadn’t really started and my contractions were really far apart and not very intense. He said that we would need to start pitocin by 3pm if labor still wasn’t started. My doula, Kaydee, arrived shortly after and I tried to labor up on the ball. I ended up getting a wave of nausea again and threw up much more this time. Kaydee said normally people who threw up that much were in transition so it must be the antibiotics or mental. I decided to try and ignore any nausea from that point on. I ended up laying back down because I was so nauseous. Kaydee positioned me on my left side and used massage techniques to help relax and coach me through some contractions.

Around 9am Kaydee told me according to the monitor my contractions were still really far apart and not very intense so I was probably only 2-3 cm dilated and was looking at going into active labor this evening and delivering tomorrow morning. Emotionally I was having a hard time coping with the fact that I was so nauseous and couldn’t labor upright like I wanted. I also could not imagine being in labor another 24 hours without any interventions with how intense my contractions were. I tried to labor upright again but was too lightheaded. The nurse ended up giving me fluids and I was back on my left side as the most comfortable position. I had a few intense contractions where neither Sam or Kaydee were present. I felt like my body was convulsing and it was too difficult to relax. Kaydee came back and positioned me on my left side with the peanut ball which was very helpful.

“You’d Be Screaming Out If They Were That Intense”

I had a few intense contractions. The nurse asked me my pain level and I told her an 8-9/10. She told me if it was in that much pain I would be screaming out. I got a really intense contraction after that and screamed out. I felt an intense pressure. Kaydee said to the nurse I was probably going to need to push soon. The nurse said she didn’t know my cervix dilation because I hadn’t allowed any vaginal exams. I had another intense wave of contractions and realized it was the sensation of needing to push. I yelled out “I need to push!”. I gave the nurse permission to check my cervix and I was dilated 10cm and she felt the head. I realized I was going to be able to deliver my baby naturally like I always wanted. She wanted me to breathe through contractions to wait for Dr Cobb, but Kaydee told me to push if I needed to.

A Squad Of Nurses Cheering Me On

All of a sudden all the nurses were in the room encouraging me and stating how great I was doing. They all seemed shocked how quickly I was ready to push and how quickly the baby was going to be born. I pushed through several different contractions. All of a sudden I felt a huge relief and she was born at 10:34 am. Dr Cobb put her on my chest and she only cried a little and stared at me with big eyes. She had a bunch of brown hair and looked so relaxed on my chest. We named her Joylynn Grace Wells. She weighed 6lbs 3oz and was 19in long.

I have you to thank for such a quick birth! I practiced relaxation and walked everyday and did all the exercises to help with positioning the baby (pelvic rocks, miles circuit, forward inversion). I never had back labor. I also took the 5W herb blend and ate 6 dates a day. Not sure which ones did the trick but I’m thankful I did all the things you recommended.
My Birth Story –  by Karissa Wells