Amazingly Grateful For The Knowledge We Learned About Birth 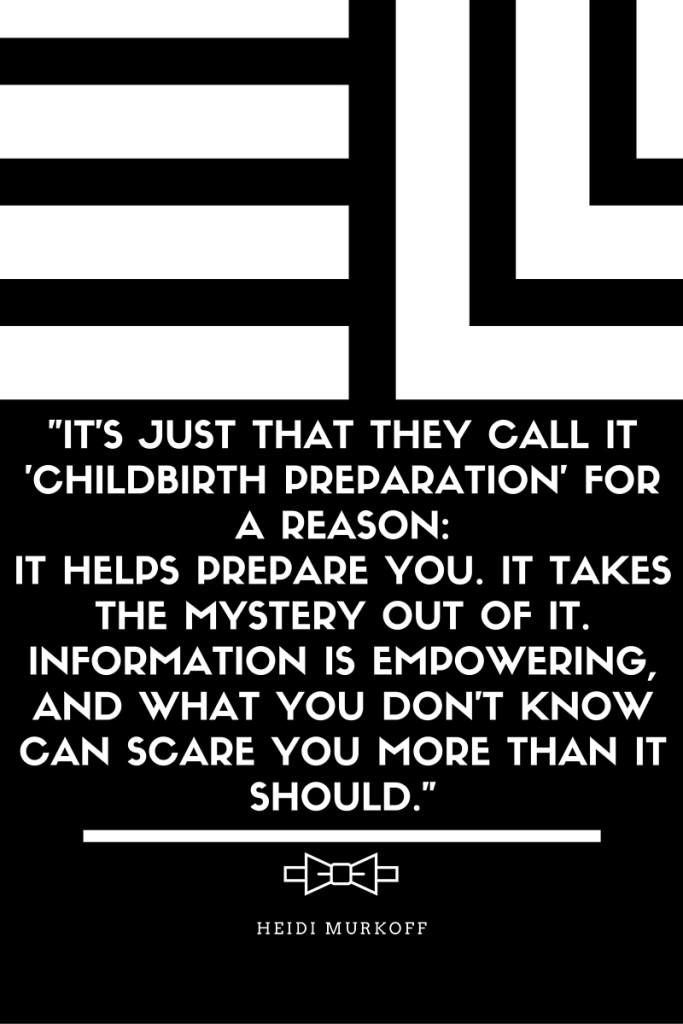 At 33 weeks and 4 days gestation my water broke on Monday morning (most likely because of the change of weather – barometric pressure etc.), and things got crazy. I was admitted to the hospital with a diagnosis of PROM premature rupture of membranes). When I arrived at the hospital, I was 2 cm dilated and was painlessly contracting regularly. Baby was head down and in the right position. They started me on medication right away to halt premature labor and try to keep me pregnant till 34 weeks. They gave me 2 doses of steroids to get her lungs to develop faster, and they started me on antibiotics to prevent infection. They also gave me fluids and kept me on strict bed rest. Daily, they did an ultrasound to check for amniotic fluid levels and baby’s position. My amniotic fluid levels were great the first day making me think positively that maybe my amniotic sac had healed and resealed. Slowly, it was made apparent it had not.

Clara was a little gymnast baby and refused to stay in one position for longer than a few minutes. By Thursday morning, things turned (no pun intended) for the worse. Baby Clara had moved herself into a transverse position! Even worse, I was 2 cm dilated and her cord was sitting on top of my partially open cervix, with her hand lying on top of the cord. If labor began and she descended at all, she could cut off circulation through the cord.

The doctors said I really needed the C-section to prevent cord prolapse, which could cut off circulation from the placenta to Clara.  We asked the doctors all of the B.R.A.I.N. questions to learn about all of our options– Benefits, Risks, Alternatives, (use your) Intuition, (Do) Nothing. After talking about all of the information, we agreed that we would go ahead with a C-section. Even though my amniotic sac had been broken for 4 days, my surgery kept getting pushed back. Then pushed back again.

Then a miracle happened! The 2 doctors who were scheduled to do my surgery heard I had been putting up a fight for 4 days, and really didn’t want a surgical birth. They came in and told me that it was only a 50/50 shot, but that they could try flipping her doing an external version. In order to the external version, we would have to agree to have an epidural anesthesia in the event a C-section needed to be done quickly. If the external version was successful, and baby Clara was head down, they would instantly induce me with pitocin. Although none of these options were in our “original plan”, we still held onto hope for a vaginal birth over a C-section.

They administered my epidural and then I lay flat on the table while my epidural kicked in. It took two doctors to turn her. In the 30 minutes from the ultrasound in my room to the ultrasound before the flip, she had moved from transverse pointing left to laying diagonally across my belly in the opposite direction. She was a wiggle worm. You could tell the doctors were excited to do this, because it’s not something they do often.

Well, at 8pm on Thursday night (34 weeks) they successfully flipped her.  Once she was flipped they bound my belly to keep her in position, we then had to wait and make sure she had taken the flip well and there were no negative side effects or reactions from her. That was a scary point for me. We all just watched her heart monitor and the ultrasound and waited. It seemed like forever. Later, I found I learned it was only 90 seconds! During that time I thought for sure one of them would grab the scalpel and just cut her out. It was so scary!

This Was Just The Beginning

After they felt comfortable enough to proceed, they wheeled me out and told Chad the external version was successful. That didn’t mean we were finished though. This was just the beginning. My body still had to accept the induction and kick into gear. They started a Pitocin drip and crossed their fingers. At that point I was still 2 cm dilated even though I was contracting every 2-4 minutes. I was able to sleep a lot during the night since I didn’t feel much pain from contractions. Around 6:15 one of the doctors came in and checked my dilation. I was 3 cm and 80% effaced. They were happy with the progress.

At that point I applied the essential oil mix I had made at home that was supposed to help get things rolling after labor had started. Shift change was at 8:00 so at 7:20 the Dr. Ericsson checked me again and I was at 5cm dilated.  He was excited with my progress but disappointed that he didn’t get to deliver the baby he had flipped. Once he left the room, my contractions became closer and stronger, I still couldn’t feel a lot of pain in my abdomen but the pressure between my legs was getting so strong.

I moaned and grabbed Chad’s hand for each contraction. They kept on coming one after another – intense! The nurse asked me 20 minutes later if I wanted the doctor to check me again. I quickly said, “Yes, and I think I want to push.” Chad was in slight disbelief, he reminded me that I shouldn’t get checked since my water had broken and that it had only been 20 minutes since my last check at 5 cm. But between contractions I told him, “I need to push!” The doctor came back in amazed that this was happening so fast. He checked me. I was at 10 cm dilated!

She was perfect in every way, just little. I got to hold her a few minutes after she was born once they realized she was stable and didn’t have to be rushed to the NICU (neonatal intensive care unit). I got to hold her for about 10-15 minutes. I was overjoyed and crying. Chad then held her and cut her cord, then followed her to the NICU. Our next challenge was waiting to find out when we could go home. But for now, we had a healthy little baby girl who against all odds got to come out vaginally and not by surgery.

This was not in any way the birth we had planned for, or envisioned. But looking back, we are so amazingly grateful for the knowledge we learned about birth in our Bradley Method and Refresher childbirth classes. That knowledge helped us make educated decisions throughout the 5 days. We are so happy that, because we spoke up (several times), they listened. Things fell into place in the end, and although it was not the un-medicated birth we had planned, we still got to do a vaginal birth. Tomorrow Clara and I head home from the hospital, 9 days after her birth. I have been able to stay here at the hospital with her 24/7 (Zion NICU is awesome). I was a patient for 2 days after delivery, then made my way down to her room and slept on a pull out bed there for the past 7 days. Clara is an eating champ and my milk has been (overly) abundant. She latches quickly, and eats, and eats. Overall we are proud of our decisions, and are so happy with the way things worked out. 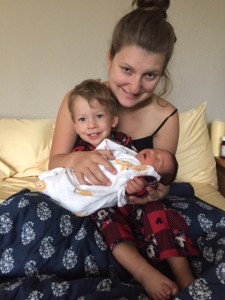